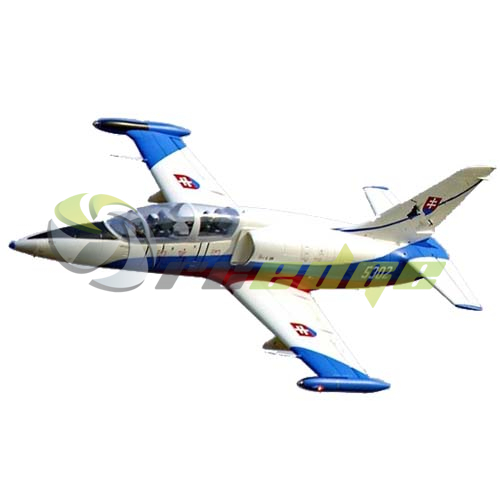 As of 11/6/19 this L-39 Albatros PNP has been upgraded to include a 3658-1857kV brushless inrunner motor for exceptional speed and performance.

Combining the sport performance of the Avanti and the fidelity of scale aircraft like the A-4 and MiG-21, Freewing continues the legacy of its excellent performing 80mm EDF jets with its Freewing 80mm L-39C/Z Albatros!  Developed originally by Aero Vodochody in the 1960s in what is now the Czech Republic, the Aero L-39 Albatros excelled as a jet trainer platform with its powerful turbofan and overall reliability.  The L-39 and its successive variants continues in service throughout the world in militaries as trainers and light attack platforms, and in civil aviation including aerial demo teams and racing.

The Freewing L-39 Albatros is the largest and most capable production PNP L-39 in the world.  Optimized for high maneuverability and precision flying, the L-39 truly is a “Sport jet wearing Scale jet clothing”.  This PNP version now uses a powerful 3658-1857kV brushless inrunner motor and 100A ESC to power the 12 blade 80mm EDF.